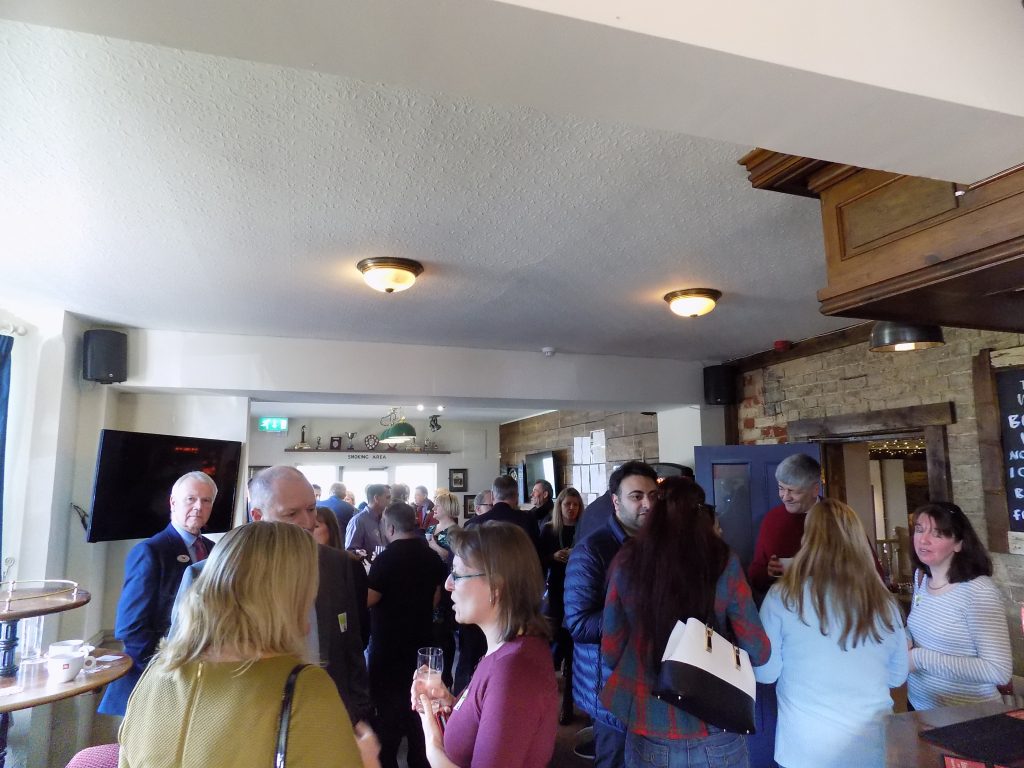 Home > What can networking do for you?

What can networking do for you?

There are utterly oodles of networking events in this day and age. There’s one for every meal of the day, some for specific types of food (smoothies and curry included) as well as industry based, experience based networking events and everything in between.

So while finding a networking event is easy, setting goals and knowing what you want to get out of it is another matter. Networking can do wonders in different ways:

While the last two may not be great for growing a business, it’s worth acknowledging that networking is fun and some people really do network just to be sociable or to get some time out of the office.

The first time I heard about networking…

I was 25 and in a sales meeting with a team of fellow sales people when I first heard the term ‘networking’. We were sharing ‘off the wall ideas’ about how we could get more business and the newest recruit, Joanne, started talking about how her previous company had encouraged her to go networking. None of us knew what she meant, so she explained. I can’t remember the exact explanation but she mentioned that local Chambers of Commerce often run events so I contacted my local Chamber straight after the meeting to find out more.

Cue me, walking into an art gallery for a Women in Business Chamber event in Birmingham (my patch at the time). The bits I remember vividly are walking into the lobby of the gallery and there being two very lovely ladies who signed me in and gave me a badge and said “Go through that door over there”… and then being confronted with 40 women, none of whom I knew, and all of whom were chattering away nineteen to the dozen.

I remember swearing (in my head of course) and wondering what on earth I was going to do now. If you ask any networker, many will have a similar story. I bought a drink at the bar and then stood there looking lost for a few minutes before two lifesavers came up and introduced themselves and started chatting to me (thank you, Fiona, for taking pity on me if you’re reading this).

Been busy since the start

Though I got some business from my first events, networking actually allowed me to find what I’d been looking for; a new business idea, and that’s how my company became busy from the get go.

The rest, as they say, is history. I’ve been networking now for 14 years and have to say that I owe much of the success of my business to networking effectively.

In 2014 I was looking for good networking events and struggling a little. There are some awesome groups out there but either I couldn’t make the dates/times or they weren’t my cup of tea. Cue reconnecting with Simon George and in what seemed like no time at all, I launched Business Buzz Bedford and now oversee five events across Bedfordshire and Buckinghamshire with a fabulous team of people.

Remember you can network too much

A word of warning, however. Like I said, you can network for breakfast, lunch, dinner and supper and not actually have any time for work. Like anything taken to excess, pacing yourself and finding the best events is more important than just filling up the calendar.

You’ll know your own schedule and set your own goals, though my own goals are to do at least two networking events a month – the two events I run mean that I’m committed to being there so it’s always part of my strategy.

Just remember to track where your business is coming from.

A couple of networking myths

Myth No 1 – You need to network with potential customers

I’d say this is where most people fall down. Connecting with introducers, also known as strategic partners, is much more effective and much easier than trying to hunt down clients. Clients do happen, but working together with fellow entrepreneurs and business owners is better.

Myth No 2 – Give out as many cards as possible

I’ve literally watched a seasoned networker go around a room of 30 people and to each say “here’s my card, here’s my card” without even asking their names. I’d love to know if he heard from any of those people again. I doubt it. Collecting cards can also be a favourite pastime, which only helps if you have a good system for using that information.

My own tip is to make sure you have 3 or 4 good conversations. A) You’ll remember them and hopefully, they’ll remember you and B) You’ll have a chance to actually find out if there is any synergy and then connect again later… (see the next myth for more info)

Myth No 3 – You need to get sales there and then

It depends on what you sell, but generally, people don’t buy at a networking meeting. Events are an opportunity to connect with people and then arrange a proper discussion afterward. The higher the investment (either in time or in money) your service requires, the longer it can take to get true returns from networking. That being said, you never know who will need your services or who someone knows – and never underestimate the power of being specific.

Would you be interested in a fun workshop with tips put together from 13 years of experience of networking by me, Leigh Frost, Regional Partner for Business Buzz Bedfordshire and Buckinghamshire? Enter your details below for more details…