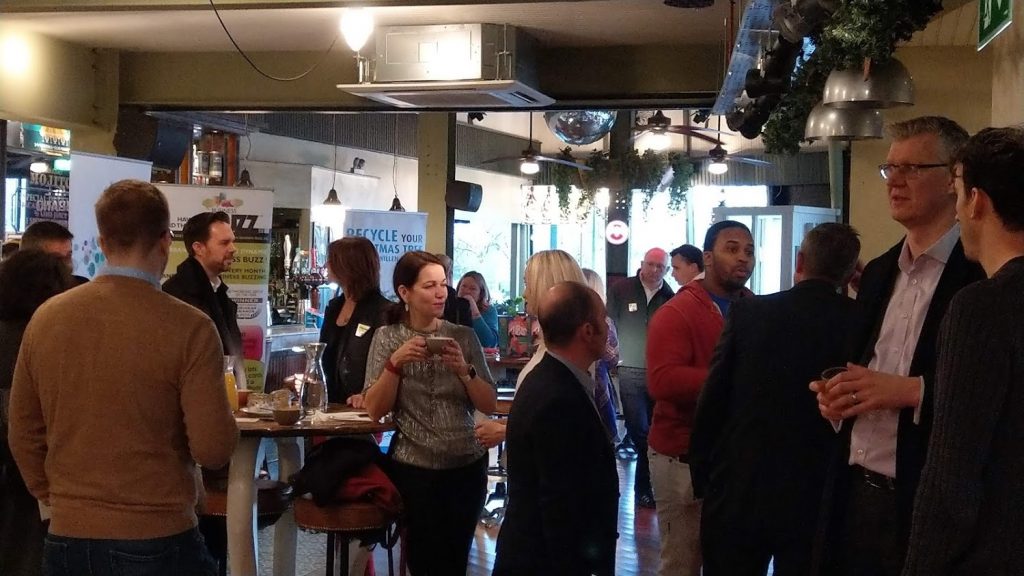 Home > Networking attendance is up – are you making the most of your events?

Networking attendance is up – are you making the most of your events?

We’ve noticed a spike in the number of attendees at our groups across Buzz in Buckinghamshire and Bedfordshire this last month.

Whether that’s because winter is finally drawing to a close, or because of current uncertainties in the world – it seems to be a solid trend for now.

So it’s worth thinking about how to make sure you’re making the most of your networking whiles there are so many great contacts to be had. Here are some of our top tips…

Who to speak to

It’s really easy to fall into the trap of trying to just speak to potential clients when you first start networking. Sometimes that works, sometimes it doesn’t. But it can become very hard work if you’re only speaking to one person at a time with a view to getting one client.

Often an easier, and much more effective approach, is to find introducers who can put you in contact with lots of potential clients – often at a time when know they need your services.

So thinking about who might be in an industry that can collaborate with you us a great start.

Plus, just making sure you’re talking to new people is a great idea. It’s so easy to speak to people you already know and takes just a little extra effort to reach out to other people who may be new to networking or not yet found someone to talk to.

How to build on the relationship

It’s sometimes difficult to get into the nitty-gritty of someone’s business at a networking event without missing out on meeting other people or excluding other great new connections, so I often find the best policy is to keep conversation light and inclusive while at an event, but if there’s someone you think might be a great connection, arrange a meeting there and then, if possible, or ask permission to email / call to arrange a meeting later. A coffee and a chat is a great way to find out a lot more about what they do and how you might be able to help each other in a more relaxed environment – especially if you’re in a business or finance related industry where having a frank conversation in public is a little difficult.

There’s a couple of different ways to put people in touch with each other if you think they might be useful to each other.

One is a message to them both on Linkedin if you’re connected with both of them. If you’re both in the same networking event, a quick introduction might be appropriate. Or you can email or call the person you’re referring and ask permission to give someone their contact details. This is really important! Be careful of sharing any information with a third party as it’s not only frowned upon it’s also against GDPR.

Depending on the type of relationship you’ve built with your new contact, the next hurdle is to stay in touch.

An email newsletter can be a good way to keep the relationship alive if it’s done in the right way and is genuinely helpful.

Though often, being able to reach out with a question, something helpful or a little note to touch base via email is a nice way. Especially if you continue to go to the same networking events.