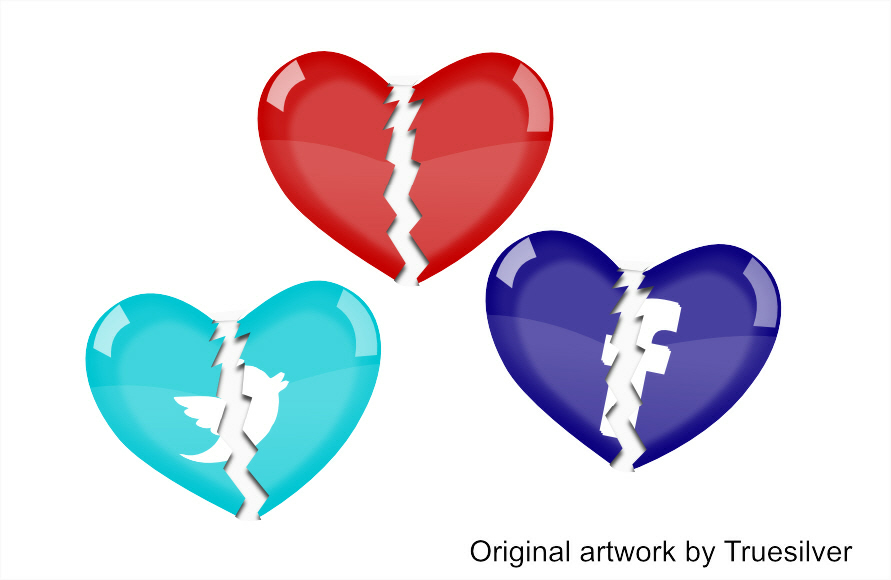 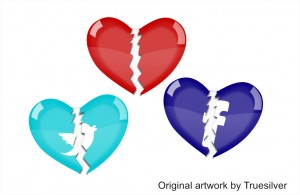 Step No 1 – Post lots in a short space of time
Depending on the platform there are accepted etiquettes regarding how often you should post. Essentially, if you’re clogging up someone’s feed with your posts, then there’s a reasonable chance people will unfollow you – even if they like what you’re posting!
And yes, unfollow works on BOTH Facebook and Twitter. See the last paragraph.
For your info, on Twitter, the accepted etiquette is generally no more than 3 posts in an hour (not including replies but including retweets); on Facebook it’s no more than once every couple of hours including shares, but that’s a guideline. Learn to read your audience and they’ll tell you if you’re posting too much.

Step No 2 – Make generalisations about gender, race, interests etc
There are some doozies out there. Here’s one that lost a lot of likes: 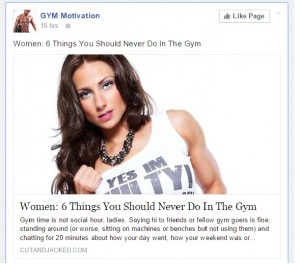 I’ve also seen killer posts about health, how to bring up children, charities trying to muscle in on other charity fundraisers all causing backlash. Essentially the common element in all the posts I see that cause such a negative reaction is when the poster gives the impression of arrogance or greed. As soon as page begins to behave like they know better than everyone else, or they have the automatic *right* to do or say something, THAT’S where people take offence.
Want to prevent that happening? In the same way that if you think a dress might be a t-shirt, it’s always a t-shirt – if you think it might be offensive, it probably is. Thought there are always ways to express an honest opinion without offending too many people. After all you’re trying to start a conversation…

Step 3 – Promote yourself incessantly
It’s a tough balance trying to promote yourself without actually promoting yourself, but there are some pages that completely forget about trying to interact and just broadcast constantly – posting every product and offer they have going.

Now, there’s always the exception to the rule – pictures of cakes and funny t-shirts are generally welcome. But as many of you will have heard me say before, the key is to keep your posts either interesting, funny or useful. If your business is a service and not very visual, you might want to look at broadening your subject matter from your business, to things that are happening on the periphery.

Step 4 – post what everyone else is posting (Facebook mainly)
On Facebook, links to the same page are grouped, so if you’ve seen a post on another page, sharing the same link can look like you’re saying “Me too!” which isn’t hugely worrying as long as you don’t have the same connections (which you won’t necessarily know) and as long as you’re not doing it a lot.
A good way around that? Find another article about the same subject by searching for it on Google and post that one instead. You never know, you might be able to add a new perspective to the conversation as well.

Step 5 – Lots and lots of Retweets (Twitter only)
Retweets are a wonderful thing when used correctly. However, there are people who just spend their time retweeting and never seem to say anything interesting themselves. It’s a little like another version of “me too!” syndrome. Of course you should retweet good content – just not all the time.

Why people solely retweet can vary – some outsourced social media managers do it to make it look like the Twitter account is more active than it is, some people do it because they’re not quite sure what they’re doing on Twitter yet, some people do it to just get more followers.

If you’re worried you might be retweeting too much and you’re struggling to find content, try talking about smaller aspects of your work or life rather than talking about the entire business in one post.

How might you be losing your audience and not know about it?
Well, not everyone will ‘unlike’ your Facebook page (or unfriend you if we’re talking about a personal profile). Some may not want to cause offence, for whatever reason, and use the unfollow button. So you won’t notice your likes going down, but you may notice less interaction on your posts – or you may not be getting any interaction at all.
On Twitter, someone may just unfollow you or, worse, block you, but there is also the mute button. Interestingly, this does the same thing as the unfollow button does on Facebook… Confused? It can be confusing.
We’re here to help though, so if you’ve got a social media question, ask us via our contact page.