Home > Naming your company – A rose by any other name

Naming your company – A rose by any other name 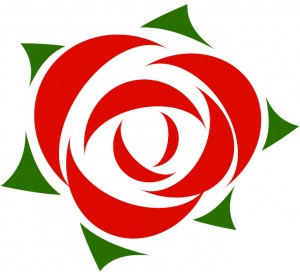 Back in ‘the day’ when you were setting up a company you just used your surname and that was that. These days the E-Myth says that’s a sin and Google will just ignore you.

So what do you name your new business?

There are two choices:

Choose a name that says exactly what you do. The advantage of this is that it is an advert in itself.

Choose a name that means nothing. That way if things really take off and you decide to expand into other areas you have more freedom.


How do you come up with a name?

Here are some tools we use:

Thesaurus.com – Think of some words that ‘say’ something about your company and then use thesaurus.com to find an array of words that mean similar. Make sure you also use their dictionary.com site to check any meanings! Also remember to check for UK spellings.

123-reg.co.uk – Check the domain is available in all it’s permutations.

Google Translate – Find foreign words that may work as a company name.

Friends – ask people. Make sure that no one can see any negatives in the name you have come up with. Ask them if the name seems similar to anything they’ve heard of…

Google Search – whatever you do, don’t just rely on companies house to tell you if the name is already being used. Google or Yahoo search it and make sure you can’t find anything similar that may come and bite you in the rear later!

Other things to consider

A good number of companies get clever with their name and either completely make up a word or change the spelling. These days your website will be your marketing hub and the last thing you need is to waste time every day of your life spelling your company email and web address.

Best case scenario is that nothing comes up

Generally what happens is that a few blogs, a reference to another company, possibly an album of someone’s.

Here are your worst case scenarios:

A major internet company like Amazon or Ebay is seriously pushing the words you want to use in your name in their Adwords campaign – do you really want to compete with them considering their budget?

A competitor is using the name as a name for a package or service they provide. Do you really want to start your company under the cloud of a legal battle should said competitor decide they want to pick a fight?

As ole Shakespeare himself wrote “What’s in a name?” To be honest, nothing. As long as you’re the first to call yourself it. Blaze your own trail and your company name will cease to mean what the dictionary originally intended…

Amazon
1. A river in South America that flows more than 4,150 miles (6,683 km) from the Andes to the Atlantic; the largest river in the world.

2. A member of a legendary race of female warriors believed by the ancient Greeks to exist in Scythia (near the Black Sea in modern Russia)…

Virgin
A person who has never had sex.

Staple(s)
1. A piece of bent metal or wire pushed through something or clipped over it as a fastening, in particular.
2. A main or important element of something, esp. of a diet: “bread, milk, and other staples”.

Names that were just made up: