Home > Where have all the Social Media Programs Gone?

Where have all the Social Media Programs Gone? 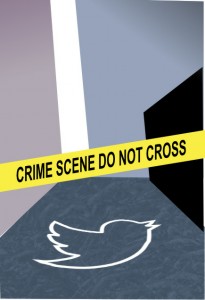 So far I have counted 7 social media programs that have bitten the dust completely and several that are just plain don’t work. As an example (and a little bit of surprise to me) – Tweetdeck, now owned by Twitter, seems to have a permanent fault scheduling posts to Facebook Pages.

Here’s a list of the web based ones that appear to have gone completely:

Co Tweet – Though the website is still there, it was closed in Feb 2012 and replaced by the paid for software SocialEngage

Gist – Apparently moved on to better things with Blackberry

Ping – bought by Seesmic who in turn…

And the ones that just don’t work like they used to:

Twellow – Still great for finding local people, but doesn’t pick up when you’re already following someone any more.

Tweetdeck – The aforementioned issues with scheduled posts to Facebook

There are lots of paid-for alternatives

And obviously the Android and iPhone App Stores are full of mobile Twitter and Facebook widgets, though the list of free Social Media Managers that work seem to be dwindling

If you’re looking for an explanation as to why some of these programs in the social media sphere are struggling there could be a number of reasons:

1. Twitter recently changed how software interacts with it – without going into ‘tech-speak’ it meant a lot of reprogramming for the companies. Some just plain decided it wasn’t viable any more.

2. Many of these dashboards were created as a project when Twitter was still quite new.

3. The competition is fierce

4. There are buy outs and mergers going on all over the place!

5. Staying up to date with all the different browsers alone is challenging enough – from the big four (Chrome, Internet Explorer, Firefox and Safari) to all the little mobile phone browsers. All of them need slightly different coding which is piling on the work.

6. Here’s the biggy… companies need to make money. Some are managing, some are still working on it.

I suppose the moral to this story is, watch this space. With so many changes happening in the social networking world it’s worth keeping an eye out for the next great software that will help you build your business!